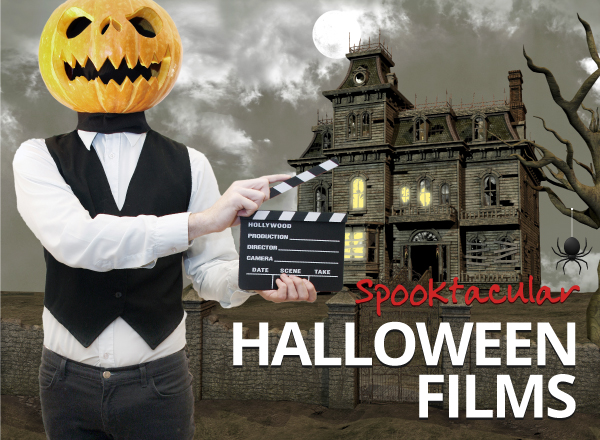 BOO! Did I scare you? Probably not, but if that’s about the level of tolerance you have for all things terrifying then chances are you won’t be watching the latest bloodthirsty horror fest this Halloween.

And you don’t need to. There are loads of creepy, but not spine-chilling, spooktacular films that are perfect for Halloween, especially if you’re not heading out trick or treating or to a party in some hair-raising fancy dress costume.

So if you want a quiet (cross your fingers you’re not disturbed by some creeps) night in then bar the door and keep the garlic close by and settle down with one of these classic Halloween films.

Hocus Pocus
Possibly the best Halloween film of all time, three witches are brought back from the dead on Halloween, where they wreak havoc in their attempt to suck the life from children. Starring: Bette Midler; Sarah Jessica Parker; Thora Birch. Highlight: The three sisters singing I Put A Spell On You.
Edward Scissorhands
A tragic love story between a small town girl and a young man with scissors for hands. Starring: Johnny Depp; Winona Ryder. Highlights: Danny Elfman’s score and the snow sculptures.
The Witches
Roald Dahl’s beloved story is brought to life in a film where a boy and his grandma take on the witches trying to wipe out all children. Starring: Anjelica Huston; Rowan Atkinson. Highlights: The Grand High Witch’s unmasked face and Rowan Atkinson’s facial expressions.
Casper
A loner girl makes friends with a friendly ghost as her widower father attempts to rid the house of all evil spirits. Starring: Christina Ricci; Bill Pullman; Eric Idle. Highlights: The rollercoaster ride to the laboratory.
Corpse Bride
A shy groom practising his wedding vows accidentally marries a dead woman and must journey to the underworld to decide his fate. Starring: Johnny Depp; Helena Bonham-Carter; Emily Watson. Highlights: The songs by Danny Elfman.

Nightmare Before Christmas
The king of Halloweentown stumbles into Christmas Town and gets confused. Starring: Danny Elfman; Chris Sarandon. Highlights: Jack’s dancing.
Gremlins
A boy’s new pet proves troublesome when he breaks the rules and unleashes a horde of monsters into his town. Starring: Zach Galligan; Hoyt Axton. Highlights: Gizmo, especially in his Santa hat.
Coraline
A young neglected girl comes across a parallel world that seems perfect but has sinister secrets. Starring: Dakota Fanning; Teri Hatcher, Jennifer Saunders; Dawn French. Highlights: Coraline’s 16 different expressions in 35 seconds; French and Saunders.
Ghostbusters
Who you gonna call? A trio take on the ghosts and ghouls of the city, but there is a darker presence lurking. Starring: Dan Akroyd; Sigourney Weaver; Bill Pullman. Highlights: Rick Moranis possessed by a demon and the giant marshmallow man.
Beetlejuice
A normal (albeit dead) couple hire Beetlejuice to scare away the people who have moved into their house, but they can’t control him and things get out of hand. Starring: Alec Baldwin; Geena Davis; Michael Keaton. Highlights: Beetlejuice’s outfit and the giant sandworm.

Check out our other Halloween posts: